Mark Ridgway won the Manufacturing Champion Award, sponsored by Aldermore. The award celebrates the achievements of individuals who, through vision, dedication, hard work and tireless involvement, have made a significant contribution to UK manufacturing.

Mark Ridgway will now go on to find out if he has won the national title at an awards gala dinner in London in April.

Mark Ridgway OBE DL, Managing Director of Group Rhodes, says: "This award is testament to my team as much as me. It recognises the importance of people in the manufacturing sector and the difference they can make, and I am absolutely delighted to have won. It's great to get this far, and I am looking forward to meeting the other regional finalists at the national awards in April."

Mark also sits on UKTI's Aerospace Growth Partnership, having previously sat on the Advanced Engineering Sector Advisory Board, which covered the UK aerospace, automotive and engineering sectors. In 2010, as Interim Chair of the Board, Mark represented the sector during the World Trade Fair in China, and in 2011 he led UKTI's Aerospace Mission to India. In 2012 Mark accepted an invitation to join the Advanced Manufacturing Supply Chain Initiative (AMSCI) Investment Board.

On a regional level Mark represents manufacturing businesses on the Board of the Leeds City Region Local Enterprise Partnership (LEP), chairing its shadow Employer Ownership of Skills board. He served as a Director of Wakefield First, the Development Agency for the District from 2004 - 2011. He subsequently chaired the Wakefield Enterprise Partnership and has previously completed a two year term in the Chair of the West Yorkshire branch of the Institute of Clay Technology (now a division of The Institute of Materials, Minerals and Mining).

Developing his interest in athletics, Mark was appointed the UK's Advanced Engineering Sector Champion for the London 2012 Olympics, his role being to encourage business engagement within this sector and to develop a business legacy. Mark himself ran internationally as a student and held several Yorkshire distance titles. He is also a qualified Sky Diver and Open Water Diver.

Mark was awarded an OBE in the Queen's Birthday Honours List 2011 for Services to Industry and in 2012 was appointed a Deputy Lieutenant to the West Yorkshire Lieutenancy. He holds an MSc in Manufacturing Leadership from Leeds University Business School and Honorary Doctorates from Sheffield Hallam University and Leeds Beckett University. Mark is proud to have been appointed both a "Yorkshire Patron" and Patron of a local brain injuries charity, Move Ahead.

Leyton Jeffs, Regional Sales Director of Invoice Finance at Aldermore, says: "British manufacturing needs ambitious leaders to drive economic growth and promote manufacturing success. Mark Ridgway is passionate about manufacturing and dedicated to seeing it go from strength-to-strength. He is helping to drive UK industry forward and is a worthy winner of this prestigious award - we wish him the best of luck for the national finals."

For more information about the awards visit: http://www.eef.org.uk/campaigning/awards-and-competitions/future-manufacturing-awards. 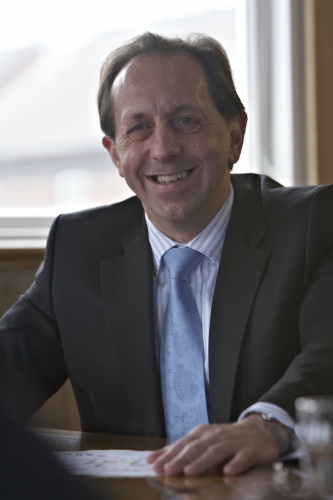