Innovators of machinery for special project application
Call us:+44 (0) 1924 371161
information@grouprhodes.co.uk
Button 1 Button 2
Home
Corporate
About Us

The organogram details the seven main operating divisions of Group Rhodes and their subsidiary companies.

As well as its two Wakefield sites, which offer over 18,500sqm of production capability, Group Rhodes also operates a division in Sheffield and Manchester, and in 2014 completed its new facility in Bangalore, India, which was inaugurated by the Right Honourable Nick Clegg MP, the Deputy Prime minister of the United Kingdom. 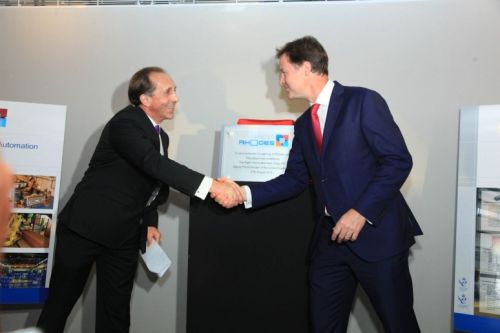