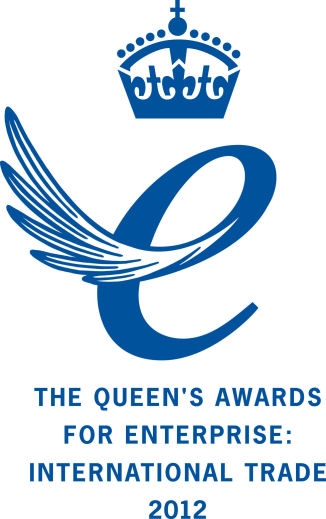 During the MACH 2012 exhibition, the Company also won the MWP Advanced Engineering Award 2012 for Best Metalforming and Fabrication Equipment for its range of Superplastic Forming and Diffusion Bonding (SPF/DB) machinery.

The need to improve profitability through competitive advantage has emerged as a clear strategic objective for Joseph Rhodes. The Company has therefore focused on developing its international business with a strong customer orientation and clear recognition of the need for an equally strong platform of innovation. The Company’s R&D department is developing ‘patent pending’ environmental systems to create energy from household waste, with the UK as the initial target market but with significant future export potential. In 2010 the Company was awarded the Queen’s Award for Enterprise in the Innovation category.

Joseph Rhodes has demonstrated success in penetrating overseas markets and experienced significant growth and expansion on the international scene. The Company is one of Europe’s leading Original Equipment Manufacturers in its field, designing and developing an extensive range of machinery for Metalforming, Material Handling, Environmental, and Special Purpose applications.

The Company operates in over thirty countries Worldwide, but has been particularly successful in China, India and the Middle East. Exports represent approximately 30% of the Company’s turnover and include multi million pound projects such as the installation of ceramic pipe plants in Saudi Arabia and aluminium blanking lines in India. The Company also manufacturers machinery for major UK based projects which subsequently will contribute significantly to the UK’s international balance of trade. Included in such a category are the Eurofighter Typhoon and Joint Strike Fighter aircraft programmes.

Recent export successes include the sale of capital plant and machinery for the manufacture of components as varied as coins for the South Korean Mint to aerosol cans in Thailand. In addition, assemblies manufactured by Rhodes at its Wakefield site are being used in support of Allied forces in Iraq and Afghanistan and over $1.5m USD sales of technical fabrications have been recently supplied to the US Navy for installation on the new class of DGD Destroyer.

With respect to the company\'s traditional metalforming business, major target markets continue to include China, Brazil and India, where this year an office has been opened. Confirmed orders in excess of $4m USD have recently been secured from the aerospace and aluminium processing sectors in these countries. An example of this export success is a $3 USD contract signed in 2011 with Hindalco of India, the worlds largest aluminium processing company. Overseas visits by the technical sales team, participation in exhibitions in Continental Europe, India, Saudi Arabia, Malaysia and Algeria, and major event sponsorships in China have helped to secure sales in these emerging markets.